To visit Newgrange in County Meath, Ireland, is to visit a site of great mystery. Before the building of the pyramids, in about 3200 BC, the Neolithic people of the land that would become Ireland, built the burial mound in the curve of the Boyne River. But Newgrange is so much more than a tomb. It is a window into the remarkable abilities of these astronomers and engineers who worked without modern machinery or technologies.

Within the structure is a central burial chamber. In this central chamber and in the three adjoining alcoves, remains were placed. It is thought that though it was not built for them, that the great kings of Tara were buried here. The chamber is reached by a sixty- foot long passage from the outside door. The base of the structure is ringed by huge stones, nine feet in size and each weighing about 5 tons. The largest of these is the entrance stone. It stands ten feet tall and four feet wide and it’s left side is decorated with three large spirals. Above the door is a window, called a roof box. Most of the curbstones have some art on them. These drawings are not of people or animals, but are geometric shapes – spirals, crosshatches, and chevrons. Some archeologists believe that the stones were carried from the river below by means of rolling logs. Others speculate that the large curbstones came from miles away and were brought there by means not yet known. Regardless, the structure itself is an engineering achievement. But there is more. 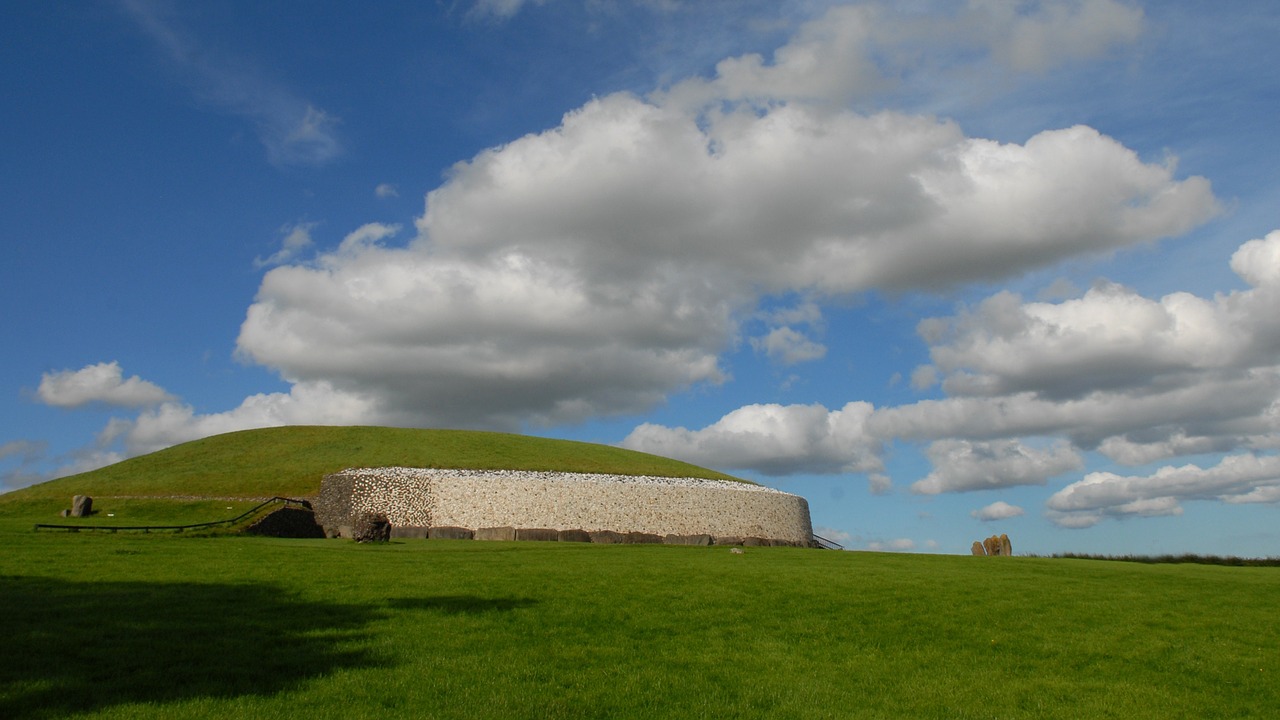 The people who built this remarkable structure were watchers of the heavens. To begin, the architectural design is that of a cruciform, or a cross. Archeologists believe that this reflected the Northern Cross. It is aligned exactly east to west. And it is in that we find the most remarkable thing about Newgrange. For on the winter solstice, usually around December 21st, something amazing occurs. On that morning, after the longest night of the year, the sun enters the roof box and enters the corridor. The light moves down the narrow passage and into the center of the building. There, for 17 minutes, the central chamber is illuminated. It is in those moments, the builders believed, that the souls of the great kings and anyone else, whose remains lay there, would be taken to the next world. This phenomenon occurs only on this night, and the one or two days before and after. For the remaining 361 days of the year, the central chamber remains in total darkness. 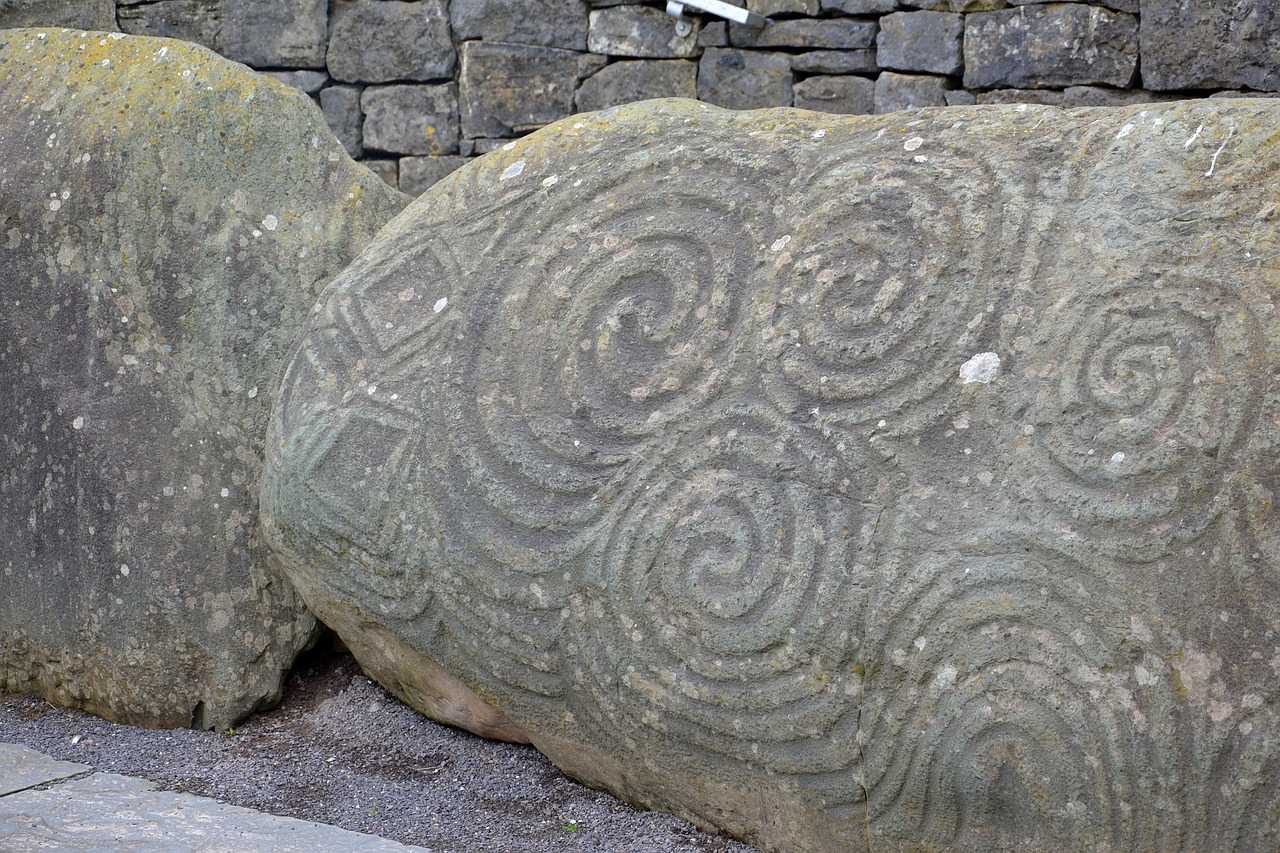 Newgrange was left undisturbed until it was found in 1699. Archeologists in the 1960’s began the excavation and since that time much has been discovered about this remarkable place and the people who built it. But, Newgrange still holds many mysteries.

We’ll be visiting Newgrange during our October 2019 Escorted Group Tour of Ireland.  Review our itinerary and join us for our next fascinating private tour of Ireland.  Questions?  Contact Joe Hurley, (410) 588-6938, joehurley@hurleytravel.net.