A Colourful Look at the Doors of Dublin

Ever wondered how Dublin’s colourful doors came about? For the answer, we must go all the way back to the Georgian era (1714-1830) in Ireland. During this time Dublin had become quite prosperous and had become the largest city in the British Empire after London. With a growing affluent class, new elegant and chic Georgian homes were being built outside the city limits. According to an article in The Irish Times, the new homes were initially built with strict architectural guidelines, with each building keeping the same uniform look. Residents eventually grew tired of the cookie-cutter look and began adding ornate knockers, elegant fanlights and colourful paint such as bright red, turquoise, emerald green, electric yellow, royal blue, and Pepto-Bismol pink to their doors. 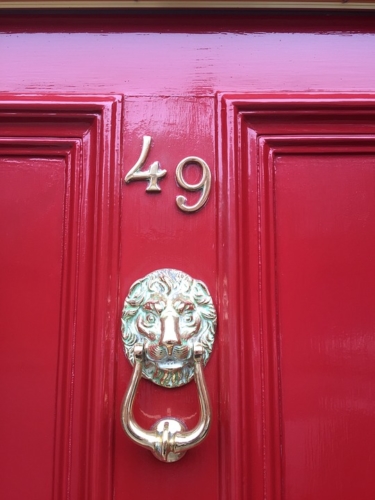 The Dublin doors did not become a popular attraction until the 1970s, when a photo collage of the doors of Dublin taken by Bob Fearon, an advertising agency photographer in New York, was displayed in a New York City Irish Tourism Office. According to Culture Trip, passersby took such an interest in the collage, that the North American manager of Ireland’s tourism board commissioned a poster. The collage poster of the Dublin doors became a symbol for Ireland. 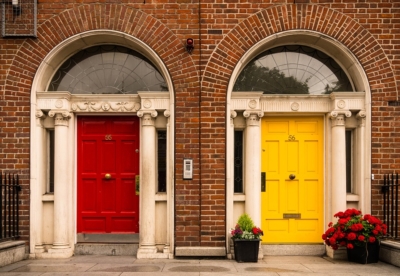 Joining us on our 6-day escorted tour of Ireland in October 2019? You’ll have an entire day to sightsee and explore the beautiful city of Dublin. While you’ll be sure to spot many of these doors throughout the city, the best places to find the authentic Georgian doors are on the south side of the city center. Hurley World Travel can help you map out the best neighborhoods to see these colourful doors. Visit our website, call us (410) 588-6938 , or send an email to joehurley@hurleytravel.net; and we’ll be happy to book your trip to Ireland.